OK, so you know that mosquitoes are annoying, and that they could potentially pass on an unwanted virus to you, but did you know these other 20 facts? Test yourself and see how many you already knew!

1. Wearing dark clothing will make you an easier target.

Those beady eyes can only see so much, and wearing easily identifiable colours like black or royal blue will make you a mosquito magnet. If you want to avoid bites, opt for colours like yellow or white.

2. Mosquitoes are the deadliest animal on Earth.

You heard right; mosquitoes are responsible for around 725,000 deaths every year. 3. Mosquitoes have killed more humans than all the wars in history.

When you consider malaria alone, mosquitoes are the original mass murderers. 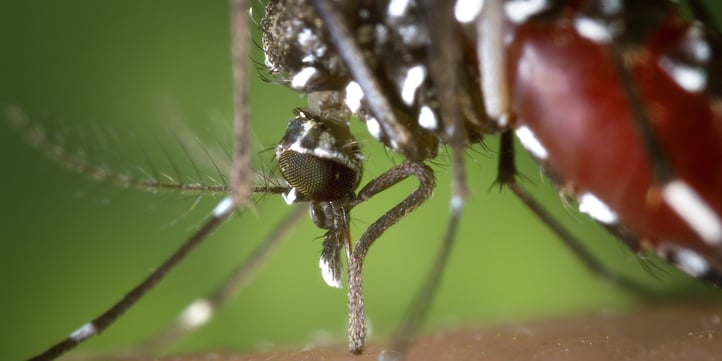 So who invited them to Canada? 5. The word 'mosquito' is Spanish for 'little fly'. 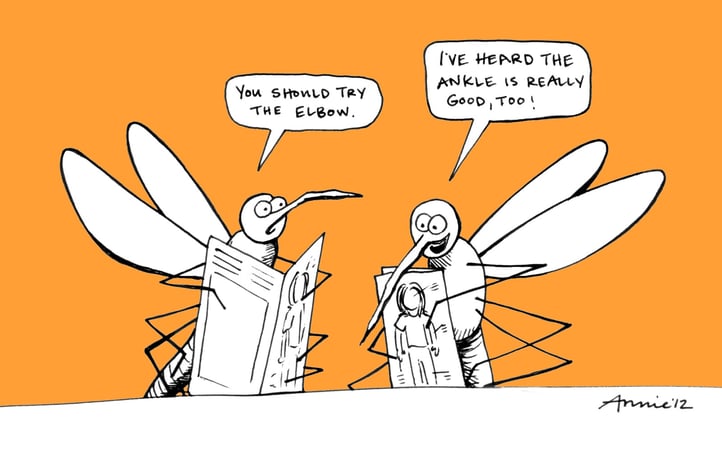 In a 2011 French study, researchers found that drinking 3 cans of beer lead to 30% more mosquito bites. What a buzzkill!

7. Pregnant women are attractive to mosquitoes, too.

Pregnant ladies produce 20% more carbon dioxide than their non-pregnant counterparts, which makes them easier for mosquitoes to detect.

Hence the incessant buzzing you hear on a summer's night. 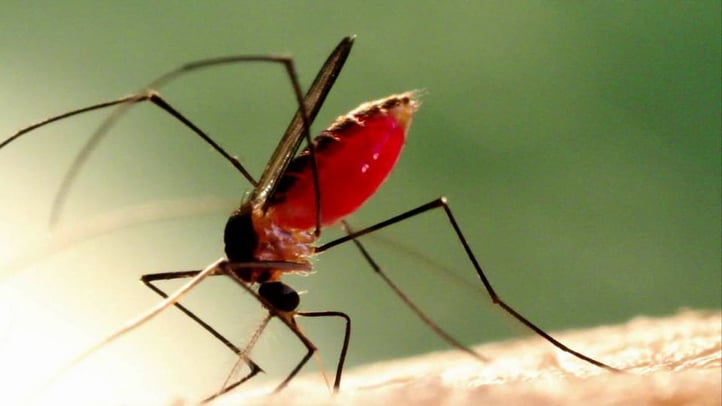 9. Mosquitoes synchronize their wing beats with their mates, thus performing a lover's duet.

With all the time they spend poking holes in our skin, how do they even find the time to be romantic? 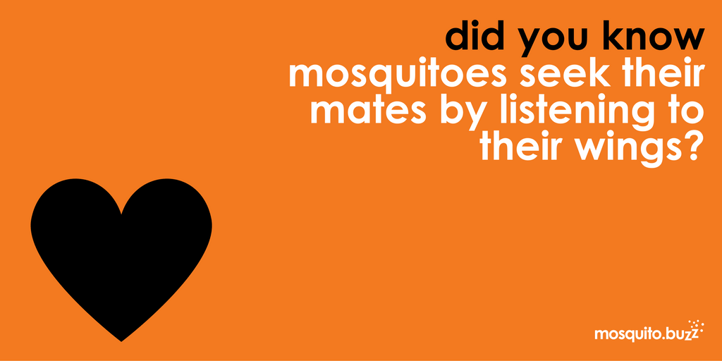 After they go in for the bite, they inject some of their saliva as a thinning agent, so they can suck up our blood easier.

The spit is actually what makes us itchy, and it's also how viruses are transmitted.

Females are equipped with a proboscis so they can pierce our skin, suck up our blood, and use the protein for breeding purposes.

Male mosquitoes only feed on nectar for nutrition, whereas the females need our blood to make more mosquito babies. 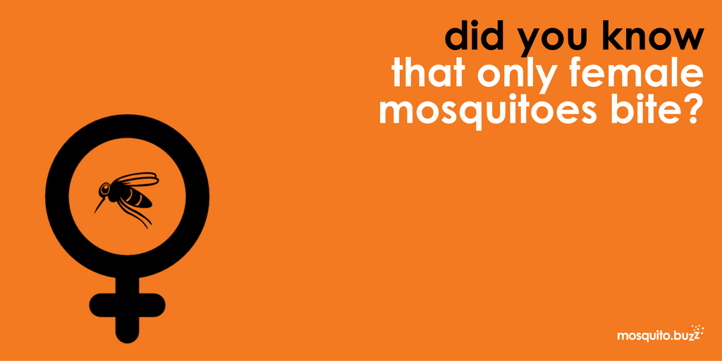 12. A mosquito develops from egg to adulthood within four to seven days.

And once they hatch, they're ready to bite (the females, at least).

13. They only need an inch of water to lay their eggs.

Yep, that's all it takes!

So get rid of bottle caps, tires, empty pot plants - anything that can contain water.

14. They don't travel far from their breeding spots.

If you've been bitten by one mosquito, chances are there's many more.

Mosquito proofing your place is definitely a number one priority.

15. Mosquitoes can drink A LOT of your blood. 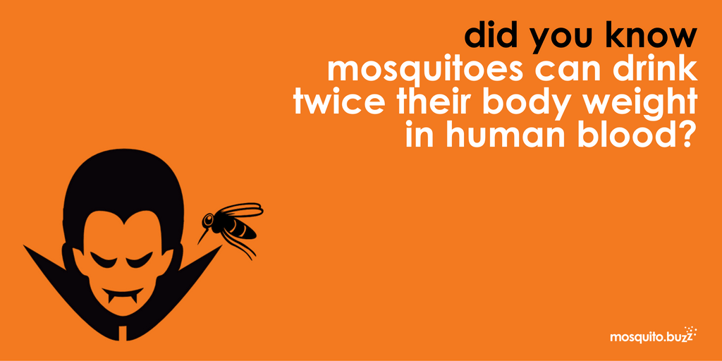 16. Mosquitoes can detect carbon dioxide from 75 feet away.

They plan from afar, then follow the plume left from the air you breathe, then they ATTACK! 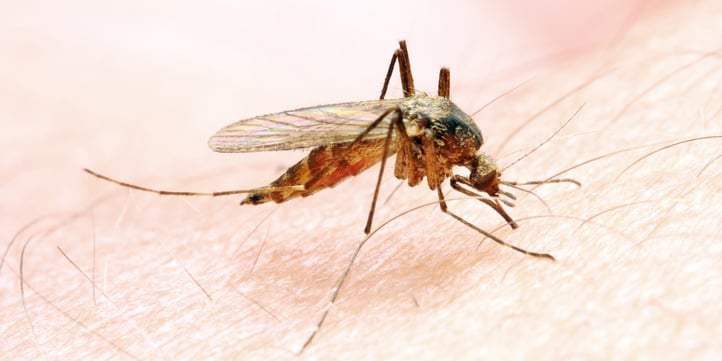 Mosquito activity increase by a whopping 500% in one study. Spooky.

Unlike your significant other. 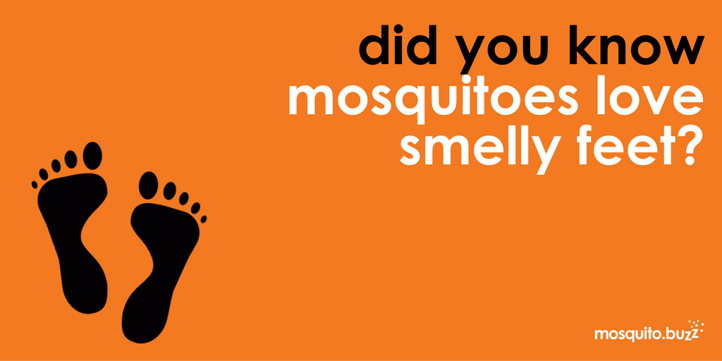 That's why it's a great idea to set up a pedestal fan if you're kicking back outside; it'll restrict their flight path and make it harder for them to bite you.

20. Mosquitoes hibernate in the Winter. 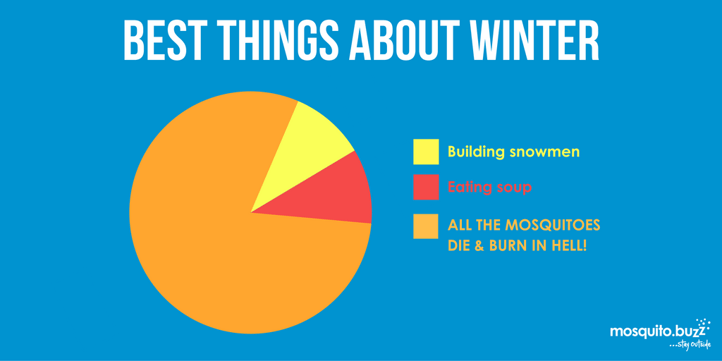